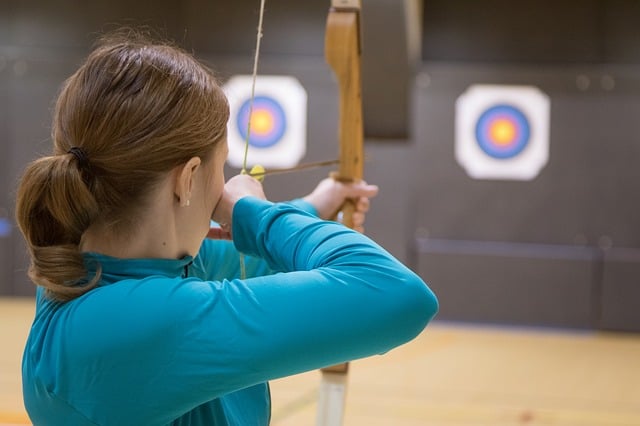 Archery is a popular and fast growing sport that is open to both men and women, as well as people of all ages and abilities. In recent years more and more women have been taking up the sport and enjoying the many benefits it has to offer while having fun. So what are female archers called? Is there a difference in how they perform the sport vs men? Let’s take a look.

Archery is a great way to stay in shape, meet new friends and learn valuable life skills such as focus, concentration and improved mental acuity.

What do you call a Female Archer?

A female archer is known as an ‘Archeress’. Women are highly involved in the sport of archery and compete on the world stage in all major events. Archery clubs and ranges are all friendly and welcoming to female members of the sport and there is no discrimination based on gender.

However, particularly in competitive archery, women compete separately to men. This is because as a general rule women are not quite as strong as their male counterparts. Men usually have a greater upper body strength than women.

Male archers can pull a heavier draw weight on their bows which allows them to put more power into their shots and fire the arrows at a quicker speed than a female archer. This would give men an unfair advantage in competitions and so men and women compete separately.

Other allowances are usually made for women in competitions. If men are shooting at a range of 90m then women will shoot at a range of 70m. However, in the Olympics everybody shoots at a maximum range of 70m although men and women still compete separately.

Do women compete at the Olympics?

Do women use a different stance to men in archery?

There is no set rule on the stance that you use in archery and allowances are made, for example, in the Paralympics where athletes can sit in wheelchairs and use aids to assist their shooting.

However, for the able bodied archers of both genders the rules on posture and stance are universal. Each archer, or archeress, will have to find a posture and stance that they can consistently return to in order to get reliable results.

There are several variations in stance that both men and women can employ. The right one for you will be the stance in which you feel the most comfortable.

A neutral stance is a position in which you keep your feet level with each other at right angles to the bow. A more open stance is when you stand with your hips towards the target and one of your feet behind the other. A closed stance is when you stand with your hips closed to the target with your front foot ahead of the rear foot. If you’re just starting out in archery it is worth experimenting with the different positions to find out which feels the most comfortable for you.

When finding the right stance for you remember to keep your torso nice and straight with your head upright and your chin beside the arrow. Now turn to face the target and you’re in the right position.

So there are variations in posture and stance however both men and women can select from all of them and will find their own way of standing that feels comfortable and gives them consistent results. If you can get some help from a coach or trainer then this can also be useful to improve your stance if you’re struggling with consistency or positioning.

The Right Bows for Women – do you need a different kind of bow?

There are many great bows for archery that are designed to cater to the needs of the archeress and as more women are joining the sport the choice is only increasing. Whether you’re looking for a recurve or a compound there are some great options on the market and with a bit of research, some helpful advice and knowing your own needs then you will find the perfect choice for you.

As more women join the ranks of archers around the world manufacturers of bows have been quick to respond by designing bows to fit their needs.

If you’re an archeress and wondering about what kind of bow to buy you’ll need to choose between a compound bow and a recurve bow. The compound bow is more accurate and can give you more power however it will be more expensive than the traditional recurve bow.

One of the most important things you’ll need to look into is the bow string pull weight. For most adult women a draw weight of somewhere between 25 and 35 pounds is about right. If you are using a compound bow then you can actually work your way up to heavier weights. For example, if you want to hunt with the compound bow you will need to be able to draw a weight of between 40 to 50 pounds. You can work your way up to this with practice and training so don’t let it put you off!

Women do not need to use different bows to men but they do need to make sure that it fits them properly and has a draw weight that you can handle properly. When you are getting a new bow it can be a great idea to head down to your nearby archery store to get some advice from the knowledgeable staff that will be more than happy to help!

Women in the Sport of Archery – Taking the World by Storm.

Women have taken their place in the center of the sport of archery and have thrived, whether its performing on the biggest stage in the world at the Olympics or taking part in club and social events at their local range. Women are more than welcome in the world of archery and so if you’ve been thinking about getting started then don’t worry and take the leap!

Image by irinakeinanen from Pixabay

Here are 3 top archery companies- Do you know them? These companies have been in business…