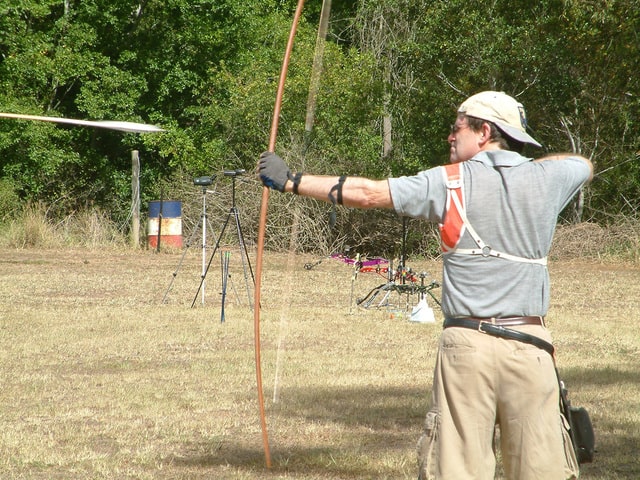 While most shooters of archers are not interested in the subject of Archer’s Paradox at all, the core of archery lays in physics. It entails the transfer of energy from the draw to your limbs and then the arrow in flight. Even, so it is beneficial to learn more about the arrow in flight. So ask yourself do you know what the Archer’s paradox is and how is it possible?

Paradox is anything, situation, or person that exhibits behavior contradictory to nature. The question would be how paradox relates to archery. Coined by E.J. Rendtroff in 1913, archer’s paradox describes the arrow flexing around the riser whenever it is shot. Rendtroff saw this in the film by Clarence Hickman- the person celebrated as the father of scientific archery.

Even so, the term archer’s paradox is more that the dynamic flexing. The paradoxical event can be seen when the arrow pointing off center and the longbow riser is blocking it from lining up straight with the target and bowstring. So, the paradox is that the arrow from longbows aim off the center and yet manages to hit the center target.

How is the Archer’s paradox possible?

With a naked eye, arrows seem to pierce the sky with remarkable straightness. But, if you look the arrow in slow motion, it is anything but straight. The straight arrow will appear to be more like a spinning, flopping wet noodle. It will bend back and forth and oscillate around. When the arrow is projected, it will oscillate around two balance nodes- one near the front and another at the rear area.

Understanding more about the paradox

There are various aspects that affect the archer’s paradox:

Exceptions of the paradox

Paradox doesn’t occur when you use compound or re-curve bows with cutout risers. That is because, the arrow is center shot and that means it travels in exactly the direction it is aiming. Besides, the riser is slightly offset from the limbs with a cutout. The cutout allows the bowstring and arrow be in alignment and thus reduces or eliminates the paradox. While the arrow will still flex when shot from a compound bow, it is not a paradox.

Archer’s paradox occurs when you aim your archer off the center and still hit the target. It involves oscillations seen when the arrow is in flight. Even so, some bows and arrows can make the archer’s paradox movement extreme leading to poor arrow flight and lost accuracy. Fortunately, skilled bowyers can design longbows with different degrees of the cutout rises to lower the archer’s paradox effects. But to achieve a cutout riser for a one-piece longbow, good wood is required since the more you cut, the weaker the point becomes on the bow.

Photo by Jamie Woods from FreeImages